Races coming into North America and across Europe

Runners in the United States will soon be able to experience the UTMB adventure and begin their journey to the renowned UTMB Mont-Blanc on their home soil, with the confirmation late last year that two trail running events in North America will join the inaugural UTMB World Series in 2022.

The Canyons Endurance Runs by UTMB in California will take runners back to the birthplace of mountain ultras along the historic Western States Trail, while Speedgoat Mountain Races by UTMB in Utah present a challenge on one of the toughest 50km races in the country.

The 2022/23 U.S. Major will be confirmed in the coming months and will take place at the beginning of 2023, forming part of the qualification for the inaugural UTMB World Series Finals in Chamonix in August, 2023.

The UTMB World Series Majors offer additional qualification chances for the UTMB World Series Finals with the top 10 male and top 10 female runners in each of the 50K, 100K and 100M categories automatically winning their place at the 2023 Finals start line. Regular runners will also collect double the amount of Running Stones compared to other UTMB World Series Events, increasing their chance of being selected through the UTMB Mont-Blanc 2023 registration lottery. 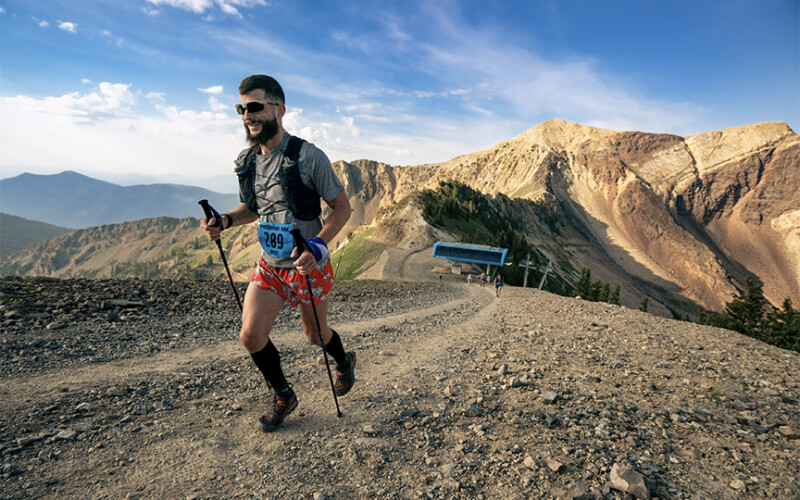 First up is the chance to follow in the footsteps of ultra-running’s pioneers as Canyons Endurance Runs by UTMB will take runners along the historic Western States Trail.

On April 23, 2022, Canyons Endurance Runs by UTMB in Auburn, CA, will allow participants to experience the most scenic and difficult sections of the iconic Western States Trail as they cover up to 15,000-feet through the infamous Canyons.

Along rugged trails, runners can enjoy panorama vistas of the Sierras and rarely seen canyon gullies as they run through oak and pine canopied forests on fast descents and steep climbs. Crossing streams and old wooden bridges through historic settlements from California’s Gold Rush days, Canyons Endurance Runs by UTMB is a journey through time, in the footsteps of the pioneers of ultra-running.

“The Canyons Endurance Runs event is my passion, and I couldn’t be happier to see it join such a bold and pioneering global trail running series as the UTMB World Series,” says the event’s Charles Sheya.“ The beauty and history of the Western States Trail are what make this race so special.

“This is the birthplace of mountain ultra trail, the holy grail of trails, built on rich tradition and hard work — and we all get to be a part of that history. There’s no better place to celebrate the joy and comradery of trails,” he adds.

This event offers a big challenge and even bigger views in Utah. Held on the slopes of Snowbird, one of the country’s top ski resorts, Speedgoat Mountain Races by UTMB has earned a reputation as one of the toughest 50km races in the U.S. Grueling verticals, unique, rocky terrain and endless elevation is met with blue skies, breath-taking views and wildflowers of Utah’s Wasatch Mountain Range.

This iconic mountain race, named after famed American ultrarunner and founder of Speedgoat Mountain Races, Karl Meltzer, offers a variety of distances, including a 13km, 28km and the legendary 50km, which with almost 12,000 feet of vertical climbing – and almost all of it above 9000 feet – is not for the faint hearted.

Held in July 2022, the race will celebrate its 15th anniversary next year.