It has been a busy fall for running shoe retailer and specialty brand Tracksmith, which announced the opening of a new store in London while unveiling a hip new running shoe called the Eliot Runner.

Following the success of its one store on Newberry Street in Boston, Tracksmith opened a pop-up store at 23-25 Chiltern Street in London’s Marylebone district from September 20 to October 7, and then plans to reopen as a permanent store in late November. The 1,700 square foot, two-level store includes a patio garden and a coffee bar.

The brand sells direct-to-consumer via its website and also has a few wholesale partners in the U.S., including Mill City Running and Brooklyn Running Company. It launched a dedicated U.K. site in 2018.

“The UK is our second biggest global market and it’s growing rapidly,” Matt Taylor, co-founder and CEO of Tracksmith, told Drapers,  We expect it to surpass the Canada market [the currently largest international market] 18 to 24 months after the new store opens.”

“As we run more and more pop-ups at international events such as marathons in Toyoko, Berlin and New York, we started having UK customers asking when we would open a store in the country. Also, London has an amazing running culture so adding it all together, it’s a natural step for the business.”

Following that news, the brand  expanded into the footwear category with the launch of the Tracksmith Eliot Runner, described as a shoe “to meet the demands of the most committed runners, providing the perfect balance of cushioning and responsiveness with a classic aesthetic that blazes a new path for performance footwear.” 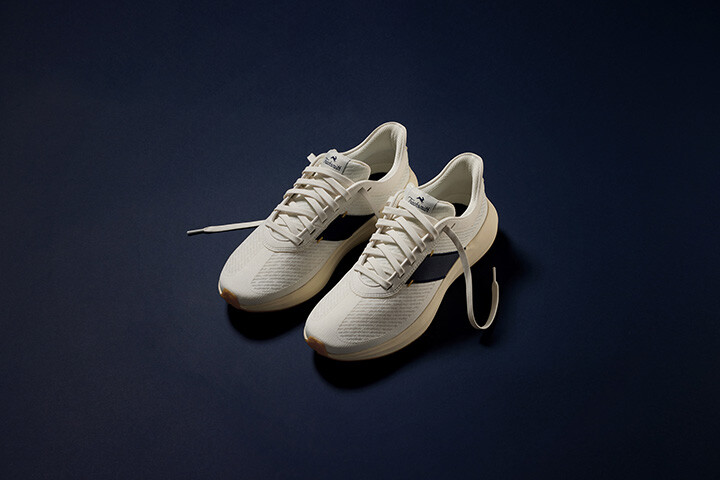 The name harkens to the brand’s origins. Eliot the hare is Tracksmith’s logo; the Eliot Lounge is Boston’s runners’ bar; and the Eliot Bridge loop is a staff favorite running route from the Trackhouse, Tracksmith’s flagship store and headquarters in Boston’s Back Bay.

Here’s how Tracksmith further describes the shoe: “The inspiration for the Eliot Runner started with a feeling many runners experience — the delight in finding a natural surface while out for a run. Logging thousands of miles across New England, the Tracksmith team found those moments on pine needle trails, wood chip paths, and old indoor tracks. Soft, resilient and responsive, the Eliot brings that feeling to the roads by focusing on the point of contact between the foot and the shoe.”

The footbed of the Eliot is triple the thickness of a normal sockliner and is made from Pebax, “the gold standard in cushioned performance.” This plush footbed sits on top of a slightly firmer and more responsive Pebax midsole to offer both progressive cushioning and high-energy return. 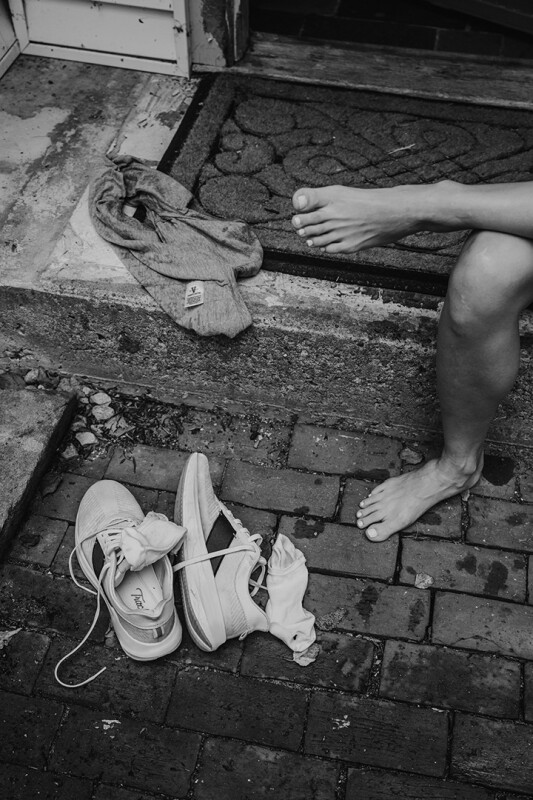 “Our goal has always been to design products for the specific needs of the committed runner,” explains Taylor. “Although we launched the brand with apparel, footwear has always been a strategic priority given the significant role it plays in a runner’s daily life.

“We worked for several years to develop an everyday trainer that would address the fundamental needs of this athlete: versatile performance over a range of speeds and surfaces, with the perfect blend of cushioning and responsiveness,” he adds. “We zeroed in on every detail, tuning and refining the composition of the raw materials, to create a sensation under foot that runners will love.”

The Tracksmith Eliot Runner also features an engineered mesh upper, suede collar and eye stay and a durable rubber outsole. The geometry of the shoe is well-balanced with an effortlessly smooth transition.

In addition, signature details bring Tracksmith’s DNA into the shoe — the sash on the side, the racing stripe on the rear and the woven label on the tongue.