Continuing to make a name for itself in the South Carolina Lowcountry – and with a much-needed expansion of its running apparel business in mind – Palmetto Running Company recently completed an expansion of its Hilton Head store just in time for the summer running season. 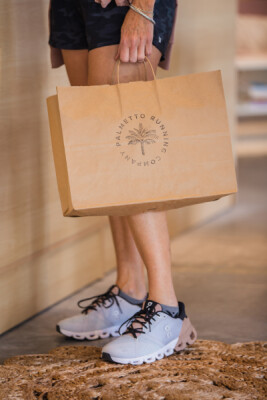 Co-owner Keri Straughn tells Running Insight that after six months of planning through the pandemic, PRC was able to expand into the two open spaces next to its existing location in its outdoor mall, essentially tripling its size — from the previous 1050-square feet to the current 2800-square feet. A grand "re-opening" was held during its 10 Year Anniversary party on Memorial Day weekend.

“This is a project very close to my heart that has been in the works for the last six months,” Straughn says. “The decision was very driven around making more room for apparel, and since completion we have already beat our entire apparel sales from 2020.”

Straughn says they never actually had to close the store because they were able to work on our new space first, then moved everything over to the new area while they re-did the old space. The project was completed when they simply knocked down the wall between them.

An added twist to the expansion is that the PRC staff designed and built everything themselves in the expanded area. 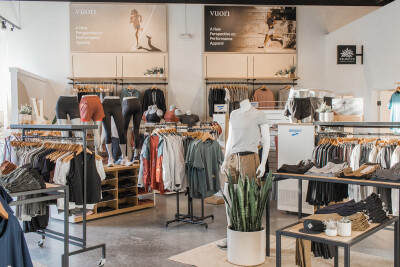 PRC has been investing more into apparel each year and had gotten to a point where they couldn't keep it in stock. So, Straughn explains, the expanded space is designed to stock more inventory.

“Our apparel specialist, Melissa, has been an essential part to growing our business and changing the way our customers see our store,” she says. “A lot of first reactions were, ‘Oh wow, you're not just a shoe store anymore.’"

Even with the apparel expansion PRC only carries four apparel brands — Vuori, Janji, Brooks and Nike. 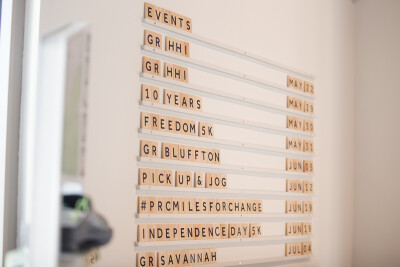 “These are brands we are particularly passionate about as they all feature sustainably made products and each of them are making a conscious and transparent effort to reduce their carbon emissions,” Straughn explains, adding that since the start of the idea of the expansion they were fortunate to work closely with Vuori, which invested in the space by building out two Vuori walls and table displays.

“We are super grateful for our partnership with them,” she says, adding that “we are proud to be a Brooks Run Happy Shop and the continued investment Brooks makes with our store.”