October 2022 News from the World of Run Specialty

The latest products, partnerships, and more happening in the industry

On behalf of Under Armour, I am writing to share the official launch of the Project Rock Black Adam Collection that was developed in partnership with Dwayne Johnson as he prepared for this upcoming role in Warner Bro's Black Adam movie (premiering in theaters on Oct. 21). 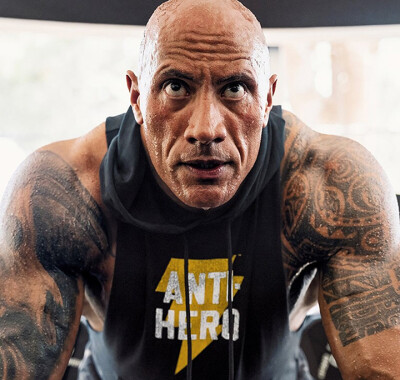 To become Black Adam, Dwayne Johnson had to disrupt his routine. He vowed to come into this role in the best shape of his entire life, and his physical journey in football, wrestling and everyday training prepared him to do just that. It took putting in the work, day in and day out, for over two years throughout the pandemic to achieve the transformation he desired.

The Project Rock Black Adam Training Collection is inspired by Dwayne’s dedication and relentless passion for his craft. Like Black Adam himself, the collection represents grit, determination, hard work and most importantly, disruption; and aims to inspire athletes to disrupt the status quo in their own lives, in and outside of the gym.

“The film has without question some of the biggest action sequences I have ever been a part of. The training we did for this movie was the most arduous I’ve ever done in my life,” says Johnson.

It all began with Johnson’s decision that instead of wearing a muscle suit, he would morph into Black Adam’s unrivaled physique his own way. Dwayne and his team, including trusted strength and conditioning coach and Chief Health and Fitness Brand Officer Dave Rienzi, built an exhaustive training program that incorporated a new philosophy and methodology to his typical training routine—all while making sure he could achieve his goal in the most healthy and productive way.

To achieve his fitness goals for the role of Black Adam, Dwayne needed a training shoe — something comfortable, responsive and breathable that could still support even his toughest levels of training; a shoe that would stand the test of time and hold its own in his wear testing process. This led to the development of the Project Rock 5 (PR5).

“Every time I get out my PR5s and lace up, by that last tie I become very inspired and I am ready to run through a wall," says Johnson. 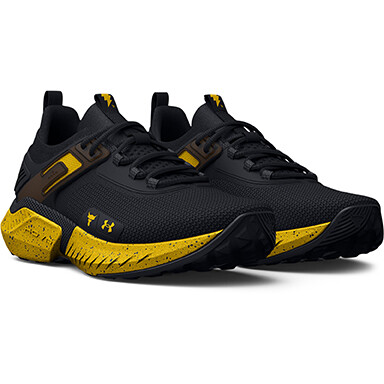 The combination of HOVR and TriBase underfoot provides stability and support, while offering comfort via HOVR foam to get through the toughest workouts. The upper engineered mesh delivers a balance of breathability and durability without extra layers. And rounding it up with an external heel to midfoot TPU strap that is integrated into the lacing and provides an additional layer of support and stability to the medial and lateral sides. The shoe comes with a bonus: the medial side TPU has Dwayne’s signature on it - the first ever shoe to incorporate it.

Beyond the footwear there is a full Black Adam apparel collection for men, women and youth. The development and incorporation of technologies such as UA Iso-Chill into the Black Adam Training apparel collection was paramount. Iso-Chill is Johnson’s go-to base layer as it is cool to the touch and cool on the body, providing breathability and moisture management in hot and humid environments. Other similar tech and design considerations were considered when designing Johnson’s  performance gear.

The collection offers a variety of options – from Johnson’s signature sleeveless hoodie to baselayers and tanks – for athletes to layer in and peel back when things get heated. The women’s collection leads with the HeatGear Sports Bra and ankle leggings, among other styles. 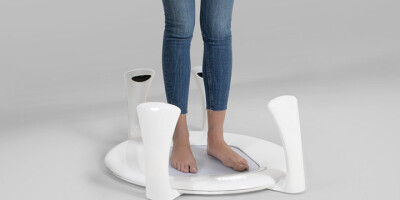 Aetrex, the manufacturer of foot scanning technology, orthotics and comfort and wellness footwear, recently reported that the U.S. Army Combat Capabilities Development Command Soldier Center (DEVCOM SC) has rented its Albert 2 Pro 3D foot scanner to use during its deep dive into the need for, and potential impact of, combat and safety footwear designed for women.

Aetrex says the research is “a cross-service effort between DEVCOM SC, the Navy Exchange Service Command’s Navy Clothing and Textile Research Facility (NCTRF) and the Life Cycle Management Center (AFLCMC) to improve the design and fit of footwear worn by U.S. women during combat. Following the rental period, the NCTRF purchased and used the scanner for the last test location.”

The Army’s combat boot improvement and cross-service female fit and size efforts aim to “bring the issue of fit to the forefront, as well as determine whether the current combat and safety footwear adequately accommodate female warfighters,” according to the company. The footwear fit effort aims to “improve the fit of combat boots for female service members, ultimately improving soldier performance, enhancing comfort and preventing injuries.

In using the Albert 2 Pro, DEVCOM SC, NCTRF, and AFLCMC teams will be able to gain a better understanding of the unique requirements of female Warfighters’ feet. The effort will help to determine if there is a need for female-specific footwear lasts and which design and fit improvements are key.

“The Albert 2 Pro provides a streamlined process for accurately collecting scientific data, including 3D foot measurements, static pressure underfoot and the dynamic pressure for gait analysis, in a matter of seconds,” explains Aetrex CEO Larry Schwartz. “For the past 20 years, our scanners have performed over 40 million foot scans that have helped inform our footwear and orthotics designs. With the innovative capabilities of our premium scanner, we are confident that researchers will find the information needed to determine the best approach for their cross-service female fit and size efforts.” 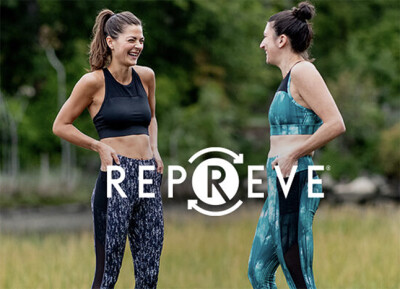 ASICS’ sustainability journey through apparel is in the testing phase, a three-plus year process that has focused on introducing recycled polyester into ASICS apparel. ASICS is working alongside Unifi to incorporate Repreve’s recycled performance fiber into its apparel that has contributed to diverting 200,000 plastic water bottles from landfills.

The five items in the ASICS line:

In 2019, ASICS announced new science-based emissions reduction targets with a goal of reaching net-zero emissions by 2050. The Repreve partnership and apparel release is another milestone for the brand in 2022, joining a recent announcement from earlier this year where ASICS unveiled a new sportstyle shoe, the Gel-Lyte III CM 1.95, which is ASICS’ lightest CO2 emissions sneaker, targeting just 1.95kg of carbon emissions per pair. 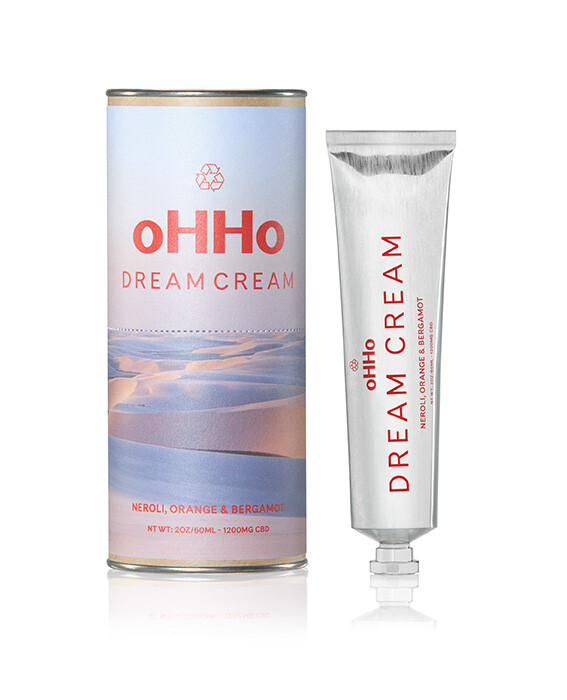 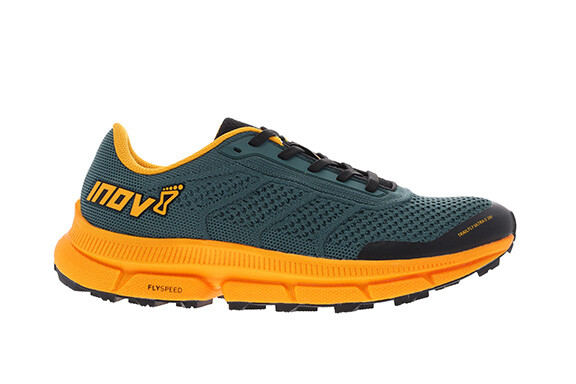 Taking its technology to the next level, inov-8 is launching its first-ever trail running shoes to include the use of nitrogen gas, which the company claims will give runners more underfoot bounce.

The new shoes also boast rubber enhanced by Graphene – which is 200 times stronger than steel – for the tough grip and underfoot flexing technology that allows runners to feel more connected to the trail.

“The nitrogen foam we’ve created gives an amazingly lighter, softer ride for those runners looking for that,” says inov-8 founder Wayne Edy. “Given what our testers said about it, we decided to call the foam Flyspeed, which debuts on our new Trailfly Ultra G 280 shoes that we can’t wait to get on the feet of trail and ultramarathon runners. It has great levels cushioning while at the same time delivering incredible bounce and a feeling of being connected to the trail.”

Inov-8 carried out testing that showed that Flyspeed foam gives back 65-68 percent of the energy put in. (A standard foam midsole gives back 45-48 percent.) 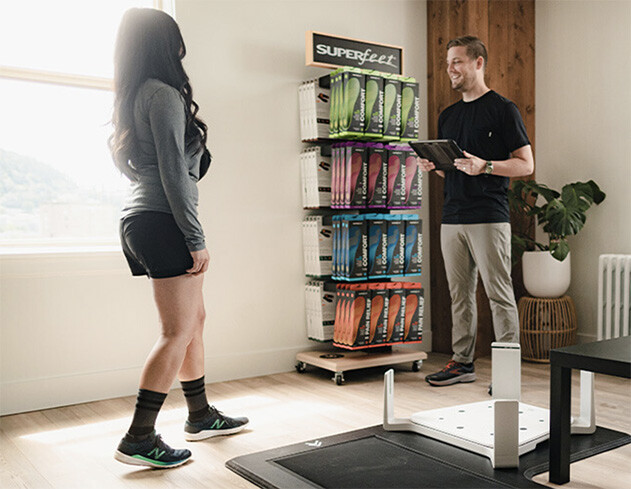 “The structure of a human foot is as unique as a fingerprint and the insole recommendation tool is our way to simplify the complexity of finding the right insole for each person’s foot,” explains John Rauvola, Superfeet president and CEO. “Not only does the new system analyze foot biomechanics, dimensions and personal needs to recommend Superfeet insoles, it also takes customization to the next level with the option to create individually personalized insoles, 3D-printed at our headquarters in Washington.”

The data-driven insole recommendation device reviews a catalog of more than 30 Superfeet insole shapes and feels to match customers with the best insole match, including running-specific insoles, Green Insoles and women-specific Berry Insoles. The data from the fitting can be translated into Superfeet ME3D 3D-printed insoles designed to match the geometry of the foot and unique movement patterns.

Kerin Hempel will step down as CEO after leading the organization through her second TCS New York City Marathon.

During his nine-year tenure at ESPN, Simmelkjaer worked in various positions, including vice president, International Development, vice president and assistant to the president, and director of NBA programming. In 2011, he was named senior vice president of NBC Sports Ventures, where he led new business development and created and oversaw NBC sports properties. Simmelkjaer has also worked as an on-air contributor for ABC News, ESPN, NBC Sports, NBC News, MSNBC, CNBC, and the Tennis Channel. He anchored MSNBC’s coverage of the 2012 and 2016 Summer Olympics. Most recently, Simmelkjaer founded Persona Media, Inc. In 2020, Connecticut Governor Ned Lamont appointed Simmelkjaer for a volunteer role as chairman of the Board of Directors for the Connecticut Lottery. 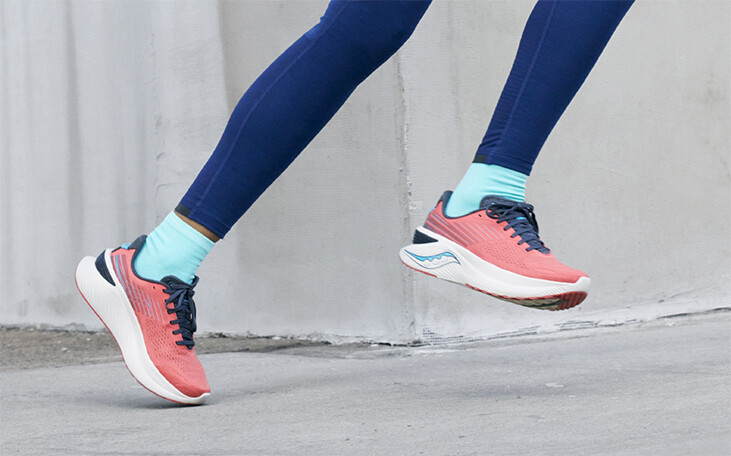 Earlier this month Saucony released the Endorphin Shift 3 (MSRP: $150), an everyday runner built for performance and comfort. Deeper Formfit design hugs every part of the foot for a personalized fit and feel and a new torsional heel groove provides a smoother transition from heel to forefoot.