Combining running with the unique Escape Room concept, BibRave earlier this month unveiled what it calls “Run to Escape: Mission Mt. Olympus, presented by Runkeeper,” a new and completely different running experience. Think of it as a running-powered, virtual escape room.

Run to Escape is an immersive experience that mixes running with the clues, codes and explosive popularity of Escape Rooms. Participants receive e-mail and secretive social puzzles to unlock run distances and new challenges, while Runkeeper technology delivers on-the-run audio entertainment at distance-based intervals with more puzzles, clues and an entertaining storyline.

The plot line is enough to keep any runner motivated and involved. It seems that participants are on a journey to help Atalanta, the Greek Goddess of Running, earn her spot as the 13th deity among the Pantheon of gods. However, not all the Olympian gods support Atalanta’s cause, so a modernized Dionysus, Apollo, Hades, Aphrodite, Athena, and Zeus created six challenges meant to thwart her quest (with plenty of sass and comedy along the way).

Atalanta has chosen to partner with a mortal (the participant) to prove that mortals and gods can work together productively and that she deserves a spot on Mt. Olympus. 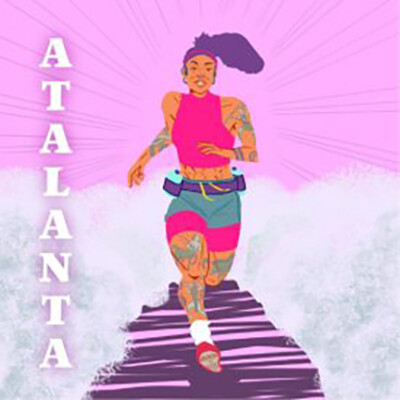 “There’s so much emerging but still disparate technology around the virtual running space, and we saw an opportunity to use these different hardware and software pieces together to create a truly novel, delightful experience, powered by running,” explains Tim Murphy, co-founder of BibRave. “We can’t wait for participants to hear from the hilarious, idiosyncratic gods, crack puzzles and codes to unlock more runs and storyline, and experience a totally new form of entertainment and motivation on the run.”

Murphy also points out that the concept is immersive virtual experience powered by running — and is not a race/event. It is more of a puzzle, interwoven with an entertaining narrative, that unlock subsequent storylines and run distances.

The goal is to inspire and motivate runners via Runkeeper audio ON the run. In addition, it is eco-friendly and is all about the experience, not the “stuff.”

At the end of the contest, once participants have solved the heroic challenges of each god and conquered Mt. Olympus, the Pantheon Party awaits. This exclusive after-party will celebrate Atalanta’s elevation as the 13th deity of Mt. Olympus. But the Pantheon Party isn’t just about Atalanta. As her mortal companion and VIP, runners earn exclusive access to over $100 worth of discounts from BibRave partners at ASICS Runkeeper, AfterShokz and Knockaround.