After more than three decades in the race, John Benedict is retiring from the retail business this summer. Running Insight caught up with him on his way out the door to look back at his career in run specialty and what he plans to do next.

John Benedict started at Playmakers way back in 1986 with the goal of eventually getting a job with one of the running shoe brands. After three months with the store he did land a position with a Midwest agency selling ASICS and, as he puts it, “I thought I’d died and gone to heaven.” But after a year-and-a-half he decided to return to Playmakers and has been a fixture there ever since. He has worked the sales floor, been a buyer, HR manager, taught Good Form Running classes, worked events and put on clinics – pretty much done it all – and it all culminated with becoming a co-owner of Playmakers. He currently lives in Okemos, MI, with his wife, Nikki and they have four daughters.

So, why retire and why now?

I was diagnosed with leukemia in late 2016 and after six months of chemotherapy I discovered that I didn’t have the same energy I used to. My partners, Tom Keenoy and Brian Jones, were super supportive of me through it all, but it just didn’t seem fair to me to not contribute like I had in the past. Additionally, I realized the sooner I retired, the sooner the younger leadership team could begin their journey into Playmakers’ ownership.

What has the past year been like for you in a pandemic and now, hopefully, as we are getting ready to emerge from it?

The last year was pretty crazy. The pandemic created new challenges for running retailers that most of us never saw coming. We needed to get our online platform up and running, which we did successfully. We created socially distanced fit stations that proved to be a win for customers and staff alike. Additionally, we cut all non-essential spending, which helped the bottom line of the business, but also meant fewer fun activities for our staff. 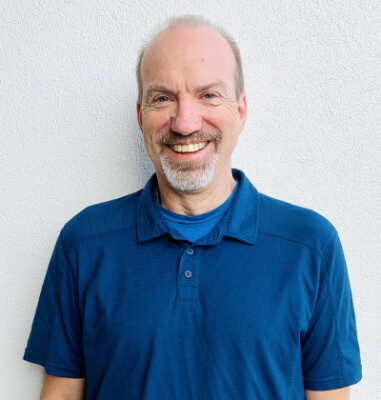 How did the staff handle all of that?

We became very robotic and task oriented — at least it seemed that way to me. The Playmakers’ staff really stepped up and became warriors in terms of handing difficult situations. It’s been a really long, slow grind. I’m super happy things are starting to open back up again.

You worked under Curt Munson and apparently learned a lot of your management style and retail knowledge from him. Any comments on that experience and what he has meant to your long career?

Working with Curt Munson was a major gamechanger in my life. He was like a driven, brilliant, crazy mad scientist. He was always scheming about how to build a better shoe, provide a more exceptional experience for customers or improve your running form. He was never satisfied with the status quo. Whatever “it” was, you could always do it better.

Any examples of this mad scientist at work?

I remember one year he learned that we could rent a T-Rex skeleton replica (Sue, from the Chicago Field Museum) for a month for $50K. He said, “It’ll be great JB. We’ll put her up in our waterfall area! Everyone in Michigan will want to see it! Can you imagine how many school-aged kids will come in?” I was thinking, we are a running store, not a museum!

Crazy. How did that work out?

That one never happened, but it was just an example of how his mind worked. I’m sure some days we wanted to kill each other, but in the end it was the most amazing and life-changing journey to have him as a mentor and business partner.

Playmakers has seemed to have a fairly seamless succession plan in place as it goes through management and ownership changes. Is that the case and what advice would you give to other store owners about succession planning?

I think succession planning is generally difficult in almost any business situation. Playmakers is no exception. The process of Tom, Brian and I buying into the business took years — definitely worth it, but not easy.

How did that process go?

First, we joined Curt and then eventually bought his shares. Now that I’m leaving, Tom and Brian have equal ownership and 2021 will likely see them sell a portion of their shares to our Emerging Leadership Team (ELT). If everything goes as planned, the ELT will buy Tom and Brian out over time. 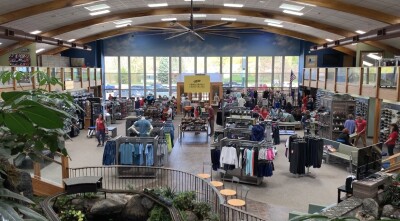 Any advice to run retailers in the same situation?

Start thinking about and talking to others about an exit strategy long before you intend to leave the business. There are a number of strategies, but it will likely take longer than you think.

What is the plan going forward for Playmakers? Will you continue to be involved in the business at all?

Right now, Playmakers is doing very well and has a strong foundation built on a talented team of individuals. I’m not certain what the future will look like, but I plan on helping however I’m needed. I’m so indebted to Playmakers I’ll probably never be able to totally leave it.

Will we see you at The Running Event in November?

I will definitely be at the Running Event in November and I’m really looking forward to it!

What is your opinion of the run specialty retail business as you retire and do you have any advice for those still toiling away in it?

The run specialty business continues to amaze me. The pandemic gave online powerhouses the chance to give brick-and-mortar businesses a knockout punch. However, run specialty stores are so imbedded in their communities and are so resilient, this didn’t happen.

Did anything positive come out of all of this?

We were closed for two months, but that enabled us to “sharpen the saw” and really take a look at what we needed to do to compete in the online arena. In the case of Playmakers, we are stronger and doing better than ever before and I think that’s the case for many other running stores. Our magic is that we educate, connect with and inspire our customers. That is so unique in our world today. Don’t get me wrong — what we do isn’t easy. However, it is very special and because of that the road ahead looks very good for run specialty retail.

A Run With Maggi Murray, Buyer and General Manager at Whirlaway Sports

Women Who Run This Business: The Blozy Sisters