Run specialty retailers can partner with the USA Track & Field Foundation to help fund the next generation of runners.

Run specialty retailers looking for both a local and national fundraising target may want to take a look at the work being done by the USA Track & Field Foundation (USATF Foundation). After all, the goal of the USATF Foundation has always been to “raise money and give it to athletes.”

By providing a means to attract and guide funds to new and innovative track and field programs, with an emphasis on providing opportunities for youth and elite athletes, the USATF Foundation was established in 2002 to assist Olympic hopefuls to be able to realize their dreams and potential if given the opportunity.

Today the Foundation is committed to promoting the development of Team USA, through its Elite Athlete Grant program. Through the years, the Foundation has annually supported almost all levels of competitors, from Olympic medal contenders to youth clubs and ODP program participants. This pipeline of support ultimately assists in the development of Team USA.

“No other country in the world has citizens supporting their Olympic team through philanthropy like we have been able to do here in the USA,” says USATF Foundation CEO Tom Jackovic. “It’s a tradition that the USATF Foundation will continue to exemplify.”

Indeed, its Mission Statement clearly reads: “To support the development of emerging elite athletes, while fostering integration within the broader track and field community. To facilitate the physical, educational, social and character development of youth track and field athletes and to help prepare them to mature and succeed in adult life.”

Bob Greifeld was the founding director of the Foundation and still serves as chairman today.  At inception Bob Greifeld consulted with Craig Masback, who was the CEO of USATF at the time, and together they brought on Jackovic as CEO.

The USATF Foundation has become a major supporter in the world of running and track and field and since 2006 it has awarded $6.7 million to 406 elite athletes through a remarkable 1015 grants. Its other contributions to the sport of running are impressive:

Its focus in this Olympic year is to keep supporting these athletes financially, Jackovic stresses. “We realize the competitive opportunities to make money are still not consistently available to athletes, while major events are still being cancelled,” he says. “As our Foundation continues to fundraise and increase support, we will consider expanding our mission and entertain other opportunities to help grow the sport as a whole.”

“In the past we have partnered with retailers, such as GNC, and created a joint campaign to raise funds for the Foundation while simultaneously driving traffic to the retailer,” he explains. In addition, the Foundation’s athlete grantees utilize their extensive social media followings to promote any retail campaign.

USATF Foundation has also incorporated in-person appearances by Foundation athlete grantees at stores, events and conferences that benefit both the retailer, the Foundation and the individual athletes.

Beyond the retail connection, USATF Foundation’s outreach is primarily through its Run With US! Program, a track and field school and community center-based program where elite track and field athletes teach about track and field, running, exercise, nutrition, goal setting and self-esteem.

“The track and field and running community is uniquely positioned to drive meaningful change in the health of our nation’s youth,” Jackovic says. With the pandemic limiting in-person activities in 2020 USATF Foundation migrated the platform to a virtual Run With US! platform for the first time, with Emma Coburn as the athlete speaker.

As with all aspects of the run business, USATF Foundation’s efforts were greatly impacted by the pandemic and its restrictions and it pivoted to continue its efforts. In a statement released last year, USATF Foundation said:

“While the world struggles to deal with the consequences of this crisis, our track and field professionals are challenged in ways they never imagined. The USATF Foundation and its Board of Directors recognize this hardship and have been actively working to find solutions for America’s Olympic hopefuls. Hundreds of track and field professional athletes are in severe financial trouble because nearly all of the opportunities to compete and earn income have been cancelled or postponed.”

In response, the Foundation took a leadership role on several fronts, the first being increased and broader financial support of athletes. With the Foundation’s Elite Athlete Development Program grants on the horizon, financial funding will be at an all-time high. More than 150 athletes received direct support from the Foundation in 2020

One of the key efforts was led by USATF Foundation director, Mark Lambert, a partner at Cooley LLP, who assembled a team of Cooley attorneys who donated their time and talents to guide athletes through the programs available to them. James Rathmell, Chloe Kaufman, and Shannan Higgins created a guide for track and field athletes to reference when searching for assistance, while a webcast allowed the athletes the opportunity to ask questions and get personal assistance.

Additionally, the USATF Foundation donated funds to USATF for elite track and field athletes to purchase portable training equipment. To assist in bridging the gap until indoor gym restrictions were lifted, funds were allocated to each Tier and TPP athlete in the amount of $400 towards the purchase of equipment for home use.

When the track and field world transitions back to live events it will once again provide the Foundation opportunities to connect with donors and contributors in person.

“We are looking forward to continuing our fundraising efforts at the Olympic Trials and Olympics,” Jackovic says.

To supplement its 2021 fundraising efforts, USATF Foundation recently did a fun virtual relay event with the Brooks Beasts. About half of these athletes receive grant funding from our Foundation. Since it was not possible to see the athletes in person last year they sent in Thank You photos for the donors.

For more on the USATF Foundation: usatffoundation.org 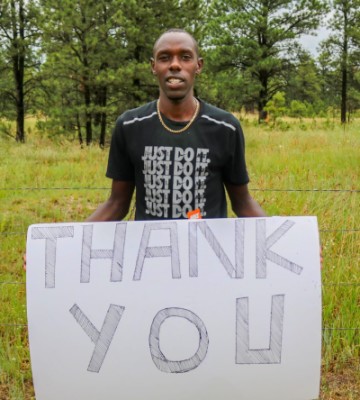 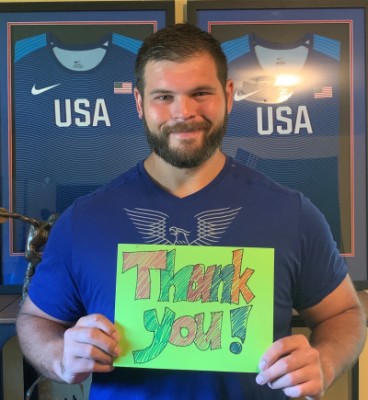 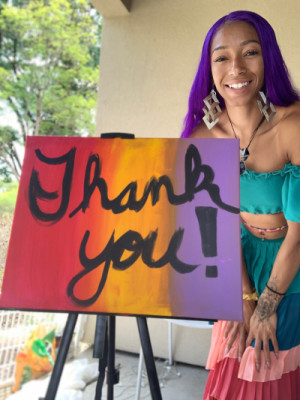 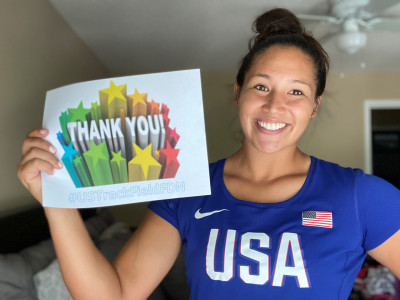 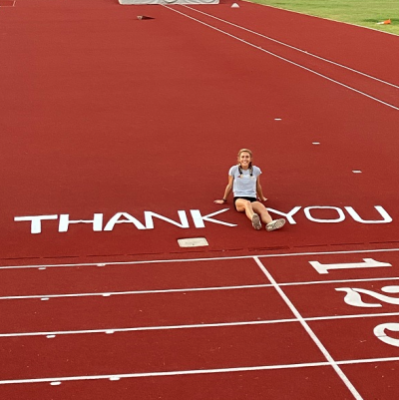 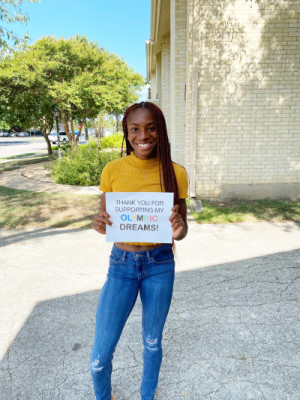 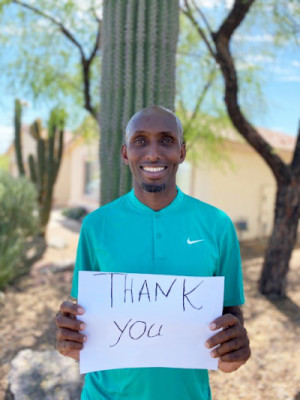