America’s run shops hit the ground running in 2022, continuing to prove themselves as vibrant and creative agents in their communities.

While plenty of run shops have played matchmaker over the years, Running Lab in Brighton, MI, helped plan an engagement for one local couple.

On the afternoon of Feb. 22, Running Lab manager Toni Reese received a note from a Team Running Lab member named Ken asking if Reese and store staff could help him craft a proposal to his long-time girlfriend, Chris, at that evening’s fun run. Within hours, the duo concocted a plan that involved a raffle win, Bruno Mars’ “Marry Me” song and a video screen scrolled with the proposal.

“It was incredibly touching that Ken wanted to celebrate such an important moment in he and Chris’ life with our running group,” Reese says. “Our hearts were pounding before the run and this memory will always be engrained in the history of Running Lab.” 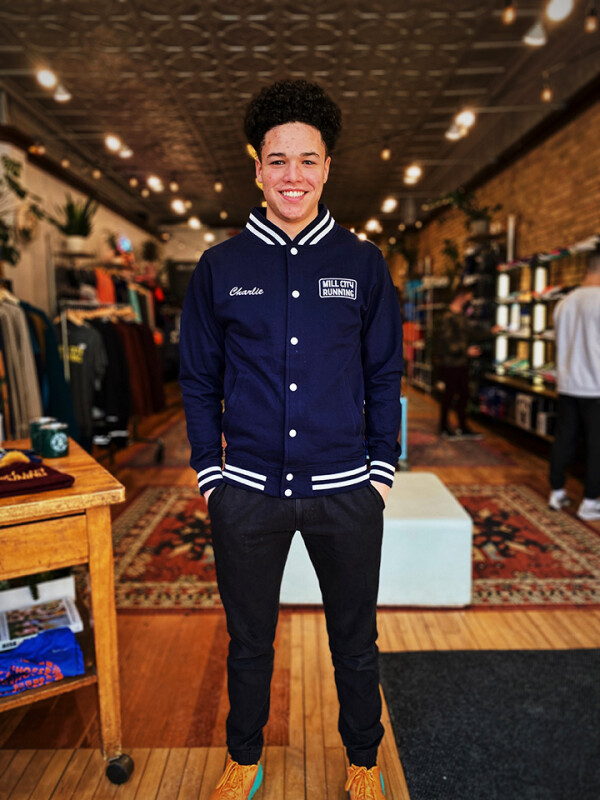 Way back in elementary school, Jeff Metzdorff remembers a friend’s dad wearing a jacket from the grain co-op he worked at. The letterman-styled jacket featured the co-op’s logo and the man’s name scrolled across the chest. Metzdorff was impressed an employer would care enough to gift its employees a personalized jacket.

“It’s a silly memory, but one that’s stuck with me,” Metzdorff says.

Now, Metzdorff, who owns Mill City Running and Saint City Running with his wife, Bekah, is the one dispensing personalized jackets. Since 2015, the Minnesota Twin Cities-based run shops have been awarding seasoned staff members their own store jackets.

“It really fosters the sense of belonging,” Metzdorff says. “When a newer employee receives theirs, it’s meaningful to them. It’s worn with so much pride.”

Monday nights are for education at Dick Pond Athletics 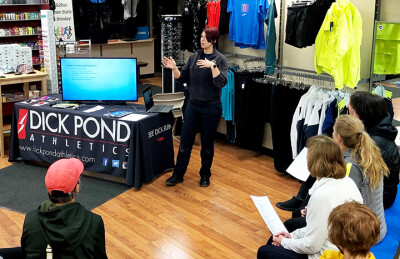 Throughout 2021, Swags Sports Shoes showcased a dozen Louisville, KY, area runners with insightful video interviews. This year, Swag Sports has turned its attention to local coaches. Each month, the store will post a new interview with a Louisville area coach, from those working in the elementary and high school ranks to those guiding post-collegiate competitors.

“Our goals are for people to see the heart of a coach and understand the sacrifice these individuals make for their athletes,” Swags Sports manager Allie Vincent says. “We want to spread the love of running one person at a time and hope people learn something throughout the interviews in which they can apply to their lives.”

Find the interviews on the store’s blog.

When Tennessee firefighters Nathan Kuzdzal and Drew Rader began their 170-mile walk from Cleveland, TN, to the Tennessee State Capitol in Nashville on Feb. 14, they did so wearing fresh pairs of the On Cloudstratus donated by Terra Running Company.

Kuzdzal and Rader’s adventure, which concluded on Feb. 23, raised awareness for The 303 Project, a local organization that helps first responders and their families navigate the struggles of Post-Traumatic Stress Disorder, as well as the James Dustin Samples Act, pending legislation designed to reverse the disturbing trend of firefighters committing suicide for untreated mental illness incurred in the line of duty.

“I felt strongly that the shoes we were donating to these two firefighters would make a world of difference to the quality of their journey,” says Terra Running owner Brittany Katz, whose store also promoted The 303 Project and increased mental healthcare for first responders on its social media channels. 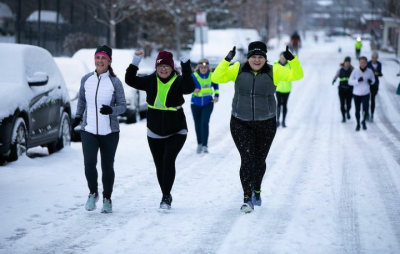 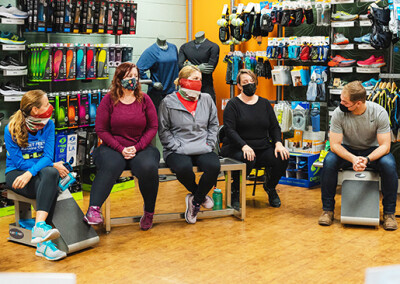 “Mental health awareness and the benefits of physical activity are well documented, but not always discussed openly. We wanted to bring it out of the shadows and let people know it is okay not to be okay,” says Becky Wagner, the general manager at the two California-based Fleet Feet stores.

While Fleet Feet Burbank hosted the first Move for Mind Fun Run + Discussion event on Jan. 13, the Encino store took its turn on Jan. 27. Both events, Wagner says, opened with the same question: Why do you think there is such a stigma around talking about mental health?

“We hope participants leave with a sense of not being alone, that others have been in difficult mental situations and found relief through running,” Wagner says. 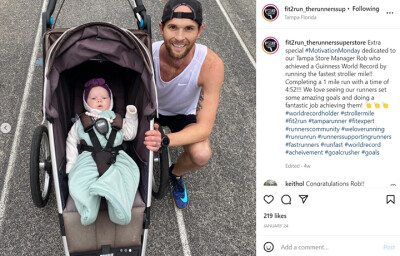 And a column-closing congratulations to Rob Holcomb, manager of the Fit2Run store in Tampa, FL. On Jan. 23, the 35-year-old Holcomb set a new Guinness World Record for the fastest stroller mile after two narrow misses. Holcomb knocked out a 4:53 mile while pushing his daughter, Greta, at the Coleman Middle School track, shattering the previous world best by four seconds.