Running stores need to appeal to a broader range of runners who don’t fit the stereotypical mold. / By Allison Torres Burtka

Runners come in every size, shape, color, speed and experience level, but they might not always feel like they belong in running stores. They might think running stores are made for the stereotypical thin, white, fast marathoner, especially if that’s what marketing materials and store displays show.

“I’ve been doing this since I was 16 and I worked back when only running geeks shopped at running stores and only runner nerds ran marathons,” says Kris Hartner, owner of Naperville Running Company.

The running community has broadened since then and the customer base has expanded along with it to include those who don’t even run—who just want comfortable shoes for walking or other activities.

Since Ahmaud Arbery was killed while out on a run last year, and calls for racial justice have heightened, the running community has begun to wrestle with its own lack of diversity, equity and inclusion (DEI) and the racism that exists within it. In the current climate, people of color and other underrepresented groups need to feel welcome and included in the running community.

So what can a run retailer do about that?

“I feel like the most effective way to appeal to people of color, or the ones that don’t fit into the mainstream version of what I guess a runner looks like, is to have opportunities for them to see people that look like themselves in your brick-and-mortar retail location,” says Harry Chandler, a general manager with Charlotte Running Company. That has included trying to hire more diverse people.

Hiring is often the first thing companies tackle when they aim to improve their DEI, but running retailers have other options as well.

Naperville Running Company has also changed the imagery it uses. They generally don’t use vendors’ imagery anyway, because it often shows images like somebody running down a mountain, “and we don’t have mountains in Naperville,” Hartner says. To better connect the graphics to the store, they started using photos of their own employees running. Then, based on a customer’s suggestion in a focus group, they started featuring customers as well, especially people of color.

It’s important for employees to try to understand how it feels for a person of color to go into a retail shop, Hartner says. He recalls a woman of color explaining that “she has to tell her sons, ‘When you go to go to a shop, always get a receipt, never put your hands in your pockets. Don’t wear a hoodie, dress nicely, make eye contact.’”

When employees who haven’t had these experiences themselves hear about them, they can learn from them.

It might take courage for someone to come into the store, but if you treat them with dignity and don’t make them feel less important because they’re not training for anything, they will feel welcome, explains Christi Beth Adams, owner of Fleet Feet Nashville. And then, “we have built a reputation that we’re a safe space—we’re a welcoming space.”

Most of the responses they’ve gotten have been positive, but some customers have questioned them. Recently, a customer said, “I don’t disagree with that sign. But I don’t understand why you have to post it,” Adams recalls.

“Usually, my response to those people is, ‘Hey, then that sign’s not for you.’ If they see the sign and think it’s unnecessary, that means they felt comfortable—they didn’t feel unsafe,” she says. The sign is for the people who don’t already feel comfortable.

This kind of outward statement doesn’t come naturally to Adams. Her personality is more to “fly under the radar, be a good example and that’s enough,” she says. But over the past year she has thought, “maybe that’s not enough. Maybe we do have to be more intentional.”

To dispel the notion that the store is only for elite runners, Chandler displays signs inside the store that say “This is not the Olympics” and “0.0.” They have the added benefit of making people laugh.

Charlotte Running Company showcases Brooks and Hoka, “because those brands as a movement have made it a point to say that there are different body types of people,” Chandler says. They have also started carrying longer running shorts for men from Vuori, along with some options from Rabbit. The store carries an expanded size run as well.

Extended sizes have been an issue for many years, Adams says. “It’s sort of this vicious cycle of: Well, nobody buys them, so that’s why we don’t make them, and then people are like, I can’t buy it, because it’s not made.” But, Adams says, “We just got in some extended sizing from Oiselle, so I’m really excited about that.” 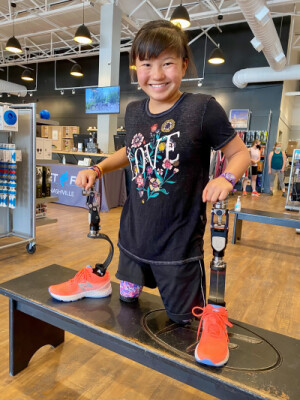 Fleet Feet Nashville has struck up partnerships with several organizations, mainly in instances where they saw a need that they could help fill. Sometimes, the result has been including people who may not have felt included previously. One example is their partnership with Amputee Blade Runners, which helps equip amputees to participate in athletics, by providing blades and shoes.

Chandler, who is Black, recommended talking to religious leaders about job openings and about what would make an underrepresented community feel comfortable in the store.

Hartner has invited all of the store’s staff to join the Running Industry Diversity Coalition (RIDC), a coalition of running brands, retailers and runners working together to increase diversity in the running industry. Many of the staff who have joined “have been the old white guys, because I think our old white guys know they have the most to learn and are very excited,” he says.

Progress might come slowly. But little changes matter, Adams says. “Our days are so busy, you can look up six months from now and you’ve not made any changes,” she says. “So you can pinpoint what is one thing I can do better? Or what is one need that I can fulfill?”

Acknowledging that you might not be doing enough to make underrepresented runners feel included, and trying to figure out what to do about it, can be uncomfortable.

But that discomfort shouldn’t stop you, Chandler says. “You’re going to mess up, you’re going to say something wrong, you’re probably going to offend someone and fail. But don’t let that fear stop you from making an effort to connect,” he says.

“I feel like, in every experience that you have, whether it goes extremely wrong or extremely right, it’s an opportunity for you to learn and you can take those experiences and build on them.”

Allison Torres Burtka is co-lead of the RIDC Media Subgroup.She can be reached at [email protected]

The Runner Who Designed His Own Line 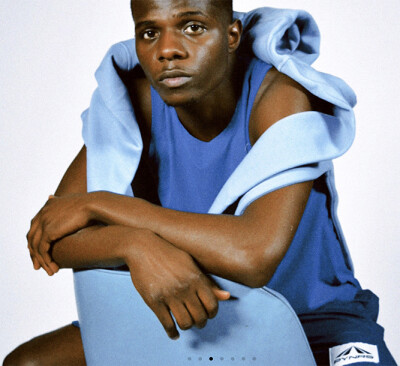 In 2017, Sidney Baptista started Pioneers Run Crew to create an inclusive community for runners of color in the Boston area. And when his crew couldn’t find running gear that both fit them and that they liked, he launched his own line, called PYNRS, earlier this year.

Some of the crew’s runners have bigger, curvier bodies, so running gear didn’t always fit well. Baptista set out to create gear that fit and that also “spoke to the lifestyle and culture and stuff that we do, in terms of city runners, people of color runners, people who aren’t necessarily out there to be the fastest runner,” Baptista says.

“How do you bring this energy that we’ve created in our running team that’s made for people who aren’t going to go break records?” Some of them are trying to qualify for Boston, but “most people are just trying to become runners,” he says. From a style standpoint, there’s “a nod to streetwear culture,” rather than the elite runner aesthetic, Baptista says. This way, the run crew and PYNRS both celebrate runners as they are.

“That’s what people want, really—they want to be celebrated and noticed and seen and heard.”